While in Babylon Hananiah, Mishael, and Azariah (better known as Shadrach Meshach and Abed-nego) were three of the four Hebrew youths that chose not to dine from King Nebuchadnezzar’s table. While the rest of the Jewish young men fully enjoyed the king’s provision, these three went vegan. After a ten day evaluation period, the king’s stewards found these three to be healthier than the youths who were partaking the king’s table. Their well-being did not stem from the nutritional value of the food, but from their consecration toward God. They knew that partaking of the king’s table would have caused them to violate the dietary restrictions God had placed on them as His covenant people. Thus, their choice to not ingest, was an act of worship, not a choice of the palate. This decision would help define their future choices.

Later, when Nebuchadnezzar set up a golden statue in his name, and required all people to bow down to it upon the hearing of a music, these three young men had a choice to make: were they going to violate God’s covenant and worship an idol? Remembering God having come through for them when they chose not to dine from the King's table, may have bolstered their decision on this day. For when the music played, they were the only ones who stood as everyone else bowed.

The penalty for not prostrating oneself was death; yet these three were undeterred. When confronted by Nebuchadnezzar the three stated, “O Nebuchadnezzar, we do not need to give you an answer concerning this matter. If it be so, our God we serve is able to deliver us from the furnace of the blazing fire; and he will deliver us out of your hand, O King. But even if he does not, let it be known to you, O King, that we are not going to serve your gods or worship the golden image you have set up” (Daniel 3:16-18). Shadrach, Meshach and Abed-nego knew God was able to deliver them. Still, even if the Lord’s ability was not deployed on their behalf, their decision was firm.

How are you living your life? Do you regularly compromise God's truth in order to fulfill your will? Have you become disillusioned because God did not come through as you had planned? Or, is your love for God is so stout, that like Hananiah, Mishael, and Azariah, you care little for what God will do for you because you care so much about what you need to do for Him?

“Able (Our God is)” it's a new release from our Grace covenant church worship team. As you listen to it, let the ordinary commitment of these Hebrew youths inspire extraordinary devotion to God. Worship well. 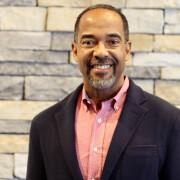 Pastor Brett Fuller is the Senior Pastor of Grace Covenant Church in Chantilly, Virginia - a suburb of Washington, DC. He currently serves as the North American Leadership Team Director for Every Nation Churches, and as Chaplain of the Washington Football Team. From 2005 to 2014 he also served as Chaplain for the National Association of Basketball Coaches.